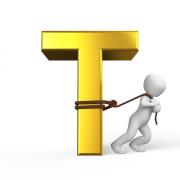 This list contains either new words, newly or recently updated entries inthe Oxford Dictionary
and new meanings for existing words. Would you like to submit a new and trendy English word?

tag rugby (n.): a non-contact, simplified form or rugby in which the removal of a tag attached to the ball carrier constitutes a tackle, often played as a training... (see Oxford Dictionary).

tatted (adj.): that has been tattooed; having a tattoo or tattoos. also in "tatted-up".

they (pro.): used with reference to a person whose sense of personal identity does not correspond to conventional sex and gender distinctions, and who has typically asked to be referred to as "they" (rather than as "he" or "she"). i.e. : some transgender people, some queer people, most non-binary people often prefer the genderless, neutral, singular they rather than he or she (and it’s concomitant pronouns his/her, him/her, his self /herself).