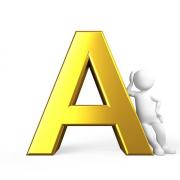 This list contains either new words, newly or recently updated entries in the Oxford Dictionary,
and new meanings for existing words. Would you like to submit a new, trendy English word?

all-dressed (adj.): denoting food, esp. pizza, that has been prepared with all of the offered toppings, spices, condiments etc.

amenitize (v.): transitive. To make something more pleasant or attractive. In later use: to equip (a house, area, etc.) with amenities.

anaerobic digester (n.): a sealed, oxygen-free tank designed for the digestion of sewage or other organic waste by anaerobic microorganisms.

assault rifle (n.): originally U.S. A rifle designed for military use that is capable of both automatic and semi-automatic fire, is loaded by means of a magazine.

assault weapon (n.): a weapon designed for use in a large-scale military assault, esp. one used to attack a fortified or well-defended location. Now rare.

awe-inspiringly (adv.): so impressively, spectacularly or formidably as to arouse or inspire awe.

awel (n.): any of various types of hook or hooked instrument; esp. one used as an instrument of torture.

Awendaw (n.): also with lower-case inital. In the cuisine of the south-eastern United States, especially South Carolina: a type of soft, moist cornbread.

awfulize (v.): intransitive. To class as awful or terrible, rare.