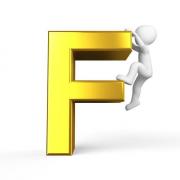 This list contains either new words, newly or recently updated entries in the Oxford Dictionary
and new meanings for existing words. Would you like submit a new and trendy English word?

farbrengen (n.): a Hasidic gathering, usually with eating, drinking, singing, and discussion of hasidic teachings, held especially on the Sabbath and other festivals.

flag-off (n.): the moment at which a race, esp. a motor race, is flagged off; the start of a race. Now chiefly Indian English.

fletched (adj.): of an arrow: fitted with feathers or vanes. Frequently with a modifier, as feather fletched, high fletched, etc.

flex (n.): an act of bragging or showing off.

folx (n.): isn’t so much a new word as a new way to spell an old word ("folks"). The definition is “folks—used especially to explicitly signal the inclusion of groups commonly marginalized.” Brewster says folx was tough to define because it only exists in written form. “The word folx at first glance is simply a variant spelling of folks.

Foucauldian (adj. and n.): of, relating to, or characteristic of the ideas or works of the French philosopher and historian Michel Foucault.

futzing (n.): ineffectual or trifling activity; messing about; tinkering. Chiefly with around.