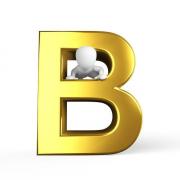 This list contains either new words, newly or recently updated entries in the Oxford Dictionary,
and new meanings for existing words. Would you like to submit a new and trendy English word?

Babemba (n.): a Bantu-speaking people inhabiting the north-eastern part of Zambia and the neighbouring areas of the Democratic Republic of the Congo.

back sass (n.): insolent or cheeky remarks, esp. made in reply to someone in authority; impertinence.

back-sass (v.): transitive. to reply or address (a person, esp. someone in authority) in a insolent or cheeky manner.

bagel (v.): transitive. To beat (an opponent) by a score of six games to love in a set.

Baka (n.): a small attack aircraft or piloted missile, either unpowered or powered by solid-fuel rocket motors and carrying an explosive warhead.

bakfiets (n.): originally in the Netherlands: a type of bicycle or tricycle with a large open or enclosed box mounted low behind the front wheel and in front of the... (see Oxford Dictionary).

Barthesian (n. and adj.): a follower or advocate of the theories of Roland Barthes.

bash (n.): an improvised or rudimentary shelter, esp. one built by a homeless person.

bauer (n.): in Germany and German-speaking countries: a peasant, a smallholder.

beer o'clock (n.): An appropriate time of day for starting to drink beer.

Bemba (adj. and n.): of, belonging to, or characteristic of the Bemba; also: designating this people.

bochur (n.): a boy or young man; spec. a student of Talmudic and rabbinical writings at a yeshiva.

bokeh (n.): blurring or hazing in the out-of-focus areas of a photographic image; this as an artistic or visual effect, esp. as rendered by a particular lens.

bombogenesis (n.): a phenomenon or process characterized by a rapid and sustained fall of barometric pressure in the centre of an extratropical cyclonic weather system.

booze can (n.): an unlicenced bar or other drinking establishment, esp. one set up in a private home.

bottle episode (n.): an episode of a television series that is confined to one setting and isn't expensive to produce.

bread flake (n.): a flake of bread; a breadcrumb. Now esp. in plural: (with reference to Japanese cookery) dried and pre-packaged long-life bread flakes, typically... (plus one more sense in the Oxford Dictionary).

bridge-burning (n.): the action or process of burning bridges (literally and figuratively).

bridge-coat (n. 2): a long heavy double-breasted woollen overcoat traditionally worn by naval officers on the bridge of a ship in cold weather.

bridger (n. 1): a person who maintains or has charge of a bridge; the keeper of a bridge. Obsolete.

Brightonian (n. and adj.): a native or resident of Brighton.

brik (n.): esp. in Tunisia and elswhere in North Africa: a filo pastry, often triangular in a form, with savoury filling.

butt-dial (or pocket-dial) (v.): Inadvertently call (someone) on a mobile phone in one's rear trouser pocket, as a result of pressure being accidentally applied to a button or buttons on the phone.

buzzy (adj): something that generates excitement and gets people talking.